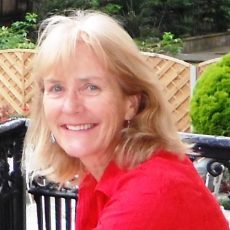 Deborah Rhode was voted onto the National Executive of the NZCFS in 2013 and has been a member of the Christchurch Branch since 2001, and is currently Vice President.

Deborah first visited China in 2002 as part of an ambitious 10,000 km, six-week overland trip organized by the Beijing Peoples Friendship Society. Starting in Kunming, they drove to Lhasa, north to Qinghai, through to Gansu, then visiting Xian and returning to Beijing. The trip gave an invaluable overview of the scope of the immense country, which complemented her recent academic study on China. Since then she has visited several times, travelling independently and also as part of a team to evaluate one of the Society’s Health Projects in remote villages of Shannxi in 2011. At this time she also visited the Shandan Bailie School and agricultural cooperatives in Gansu.

As Chair of the He Ming Qing memorial fund, Deborah maintains contact with the nursing students and monitors their progress, in conjunction with our Chinese partners. She is looking at ways to increase the scope of this project and further the work of health initiatives in rural villages. In 2015 she was co-leader of the NZCFS Tour to Mongolia and Northern China.