Following the Pike River gas explosion and the deaths of 29 miners there, the economic impact of the redundancies among the workforce and suppliers became a second tragedy.  The West Coast, hard hit by the recession already, needs all the help it can get.  I believe in practical solutions and so do my Chinese colleagues. It is one of the most enjoyable things about working in China. They knew about the accident, expressed their concern and when I suggested some win-win solutions for the Coast and Chinese companies, they readily agreed to try them. There are many business opportunities for New Zealand firms in China and this applies equally to the West Coast as anywhere else.

After the tragedy – helping the West Coast to recover

Dave Feickert, who is in Beijing advising the Chinese government on coal mine safety, said today:

“The Chinese colleagues are very aware of the tragedy at Pike River and how this affects local communities. There are several gas explosions in coal mines every year in China.

“A high level Chinese group arrived on the West Coast a short time after the explosion at Pike River mine, to visit the Stockton opencast mine. Four senior coal industry groups visited New Zealand in November and December last year.

“Over the past two weeks I have been discussing with the Chinese government and companies how they might help us to rebuild the West Coast economy.

“We discussed the following proposals:

1.     As part of a training programme for Chinese mine managers and engineers in both China and NZ, in co-ordination with a 9 million euro EU-China programme, the Chinese government will support a group coming to Greymouth for a two week training and tourism package. This would be done in conjunction with the local industry and district council, with mine visits as appropriate on the Coast. A similar programme was run at Huntly in 2007 and was supported by the previous government.

2.     China is interested in coal mining possibilities on the West Coast, especially in coking coal. China has recently closed small private coking coal mines, on safety grounds. Current imports into China are 103 million tonnes a year, with much sourced from Australia. The import trend for coking coal is likely to rise.

3.     Over the last 3 years, US$20.9 bn has been spent by Chinese mining companies on overseas investments, much of it in Australia, with mine reserves of over 10 bn tonnes accessed in some projects.

4.     I would work with the Chinese government to ensure that the safety system we had in place, before deregulation in NZ in the 1990s, was adopted by any companies working on the West Coast. This is the model we are using in our training in China, New Zealand, Australia and Europe. This includes worker or ‘check’ inspectors.

5.     I have spoken to Tony Kokshoorn, Grey District Mayor and to Bernie Monk, Chairman of the Families Committee to keep them up to date. I have offered to do a briefing on this in Greymouth after I come back from China, on 21 January. 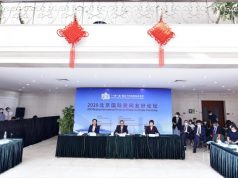 Connection to China in the Age of Pandemic 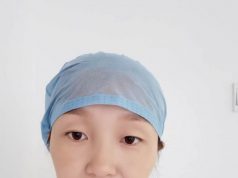