Our August speaker will be Julia Bradshaw.

Julia has recently published a book called “Golden Prospects – Chinese on the West Coast of New Zealand”, which grew out of her extensive research while working at Shantytown and on displays of early days on the West Coast. Her talk will be based on her book.

Some locals thought of the Chinese arrival as a Chinese Invasion. When the population of the West Coast was only 25,000 to 30,000, 2000 of these were Chinese. They worked as miners, storekeepers, gardeners and cooks. They used extremely effective mining techniques, systematic and thorough, achieving much more than the Europeans who had moved on – a claim wasn’t worked out until the Chinese had finished with it.

Many worked for 2 years, saved hard and returned home with money for family. Many were very lonely. This will be a very interesting talk.

There will be no monthly meeting in September as we will have our China National Day Banquet on Sunday 1 October, 6.30pm. Put this date in your diary; further details to come

In early July about 15 volunteers had a very successful day of planting at the park. Many large trees were planted, and much grunting and heaving took place as buckets of water were barrowed up the hill, to ensure the trees got a good start in their new homes. The project was organised by Erin Diao of the Christchurch China Sister Cities committee – another step along the road to bringing this park to a point where it really is looking great. In early August the park rangers did a huge amount of mulching in the area where the planting took place, so make a point of going down in spring and seeing the progress now being achieved. 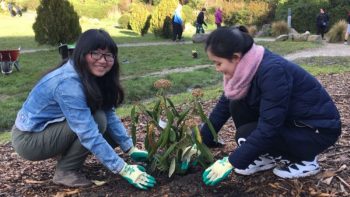 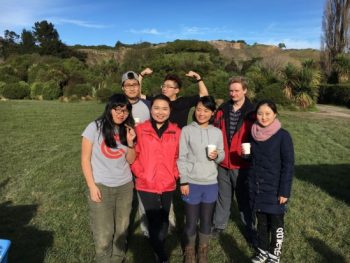 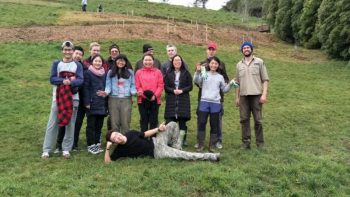 celebrate the 45th anniversary of establishment of diplomatic relations between China and New Zealand, a capacity crowd was entertained in late July to an evening of entertainment, which had as its theme the One Belt and One Road project. Amazing dancing, Kung Fu, erhu and trumpet solos and all forms of singing, from solos through to opera, chorus and everything in between! The evening was hosted by the Christchurch Zhonghua Chinese Society and the Culture Department of Henan Province, and supported by the Chinese Consulate in Christchurch. A great evening. 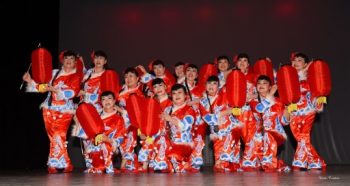 NZCFS National President Dave Bromwich is one of the members of the Advisory Board to the NZ China Council.

Find out about the work of the Council here: https://www.nzchinacouncil.com/

Learn how to make dumplings with NZCFS Christchurch! Get to know the Chinese culture better and enjoy an afternoon filled with good food and awesome company. Vegetarian options. This last year’s photo shows the fun to be had! And it’s FREE!

gratefully acknowledge the support of our conference by the following donors 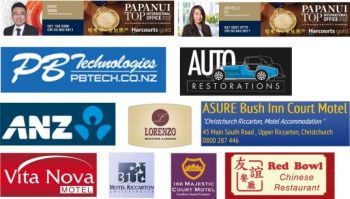