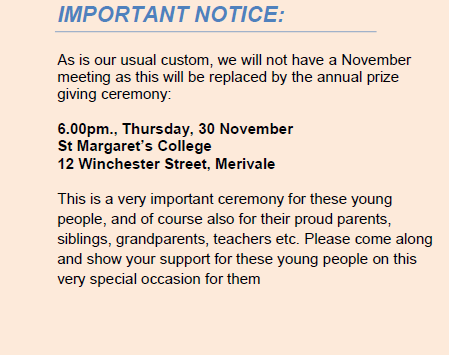 For their 10th anniversary celebration, the association plans on holding a banquet. Details are as follows:

Please come along and share this special event together, with fundraising in support of the Kumara Chinese Miners Memorial Reserve. Our branch newsletter has reported on this exciting project several times in the last two years. They are expecting 200 diners; this is going to be a great evening!

IMPORTANT: be sure to enter your name!

This was followed by a powerpoint presentation depicting the life of Rewi Alley, after which presentations were made on various aspect of the 120th commemoration activities, as follows:

Rewi Alley biography Bernard Duncan, chair of the Christchurch China Sister Cities committee gave those present a backgrounder on the republishing of the biography, written in 1997 by Rewi’s niece Philippa Reynolds, to commemorate the centenary of his birth. Bernard acknowledged the generous funding given the project by the Christchurch City Council and the Chinese Consulate, and the enormous support given by the Confucius Institute, HUST University (Wuhan), and the invaluable work done by various proof readers etc. Caxton Press was also thanked for its sterling work in publishing the book. Bernard admitted that he and Dave Adamson had no idea at the beginning of how big a job the republishing of it would become, but it was a fascinatingly steep learning curve for them – and well worth it!

Copies of the biography were available for purchase at the function and proved to be popular.

Website launch   www.rewialley.kiwi.nz  Eric Livingstone spoke on the journey taken to bring the website to the point it is at today. While there is still much work to be done with it, it is a very good start. Eric warmly thanked the Chinese Consulate for its generous funding of this project and acknowledged the work of supporters, Tony Tian in particular.

Units of Learning & Schools Competition  http://www.tstnz.com/teaching-resources-and-health-information-for-teachers/competition-history-resource-win-1-of-2-trips-to-china-rewi-alleys-forgotten-secrets-history-resource/
Margaret Austin gave the background to this exciting project, and handed over to Liz Hay, who wrote the Units of Learning that enable students to qualify for NCEA credits. She explained the process followed to get it out to all local high schools. Details of the competition are as follows:

In both cases the closing date was 29 September, and also in both cases, the prize is a trip to China!!

Our society was thanked for its funding support, and acknowledgement was given of supporters – School Principals, Chinese Consulate, China Southern Airlines, Chinese People’s Assn for Friendship with Foreign Countries and Gansu Foreign Affairs Office.

December Commemoration Programme Update  Eric then gave an overview of the activities programme for commemoration attendees, as follows:

Visit to Rewi Alley Chinese School, travel to Amberley (lived there 1 – 9 years of age), and then to Springfield (place of Rewi’s birth). Chinese Consulate, evening Banquet.

NOTE:  the Commemoration Registration Form will be forwarded to you all within the next few days.

The launch concluded with Mayor Lianne Dalziel, Consul General Jin Zhijian and Eric jointly presenting a copy of the biography to Emeritus Professor Bill Willmott, whose efforts 20 years ago led to the Springfield Memorial, the Rewi Alley roadshow and the writing of the biography, among other centennial events.

Afternoon tea and mingling followed what proved to be a very successful launch of an important series of commemoration activities.

This excellent exhibition of pictures and photos was held at the Upper Riccarton Methodist Church for three days in late September.

A steady flow of visitors during the three days enjoyed the exhibition. The Shanghai Archives delegation has generously left it with us, and at this stage it is not decided where it will next be shown. Celebration of the National Day of the People’s Republic of China: 26 September

A large crowd gathered recently at the Chateau on the Park to celebrate both China National Day and to also welcome the arrival of Consul General Wang Zhijian and Mme Mao. They had only been in New Zealand four or five days. Mayor Lianne Dalziel warmly welcomed them to our city and assured them of a wonderful time during their posting.