At our next Branch Meeting 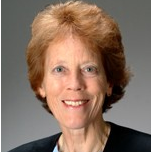 Dr Val Lindsay is an Associate Professor in International Business and former Head of the School of Marketing and International Business at Victoria University of Wellington. She has a keen interest in teaching and research in the areas of international strategy, exporting, services internationalization, and small and medium-sized enterprises. She has recently led a major research project on the internationalization of service firms into China and India. Val has held previous academic positions at the University of Auckland and the University of Warwick, UK. Val also has extensive experience working in government organizations and in industry, having roles with the Tertiary Education Commission, the New Zealand Trade Development Board, and with the pharmaceutical companies, ICI Ltd, and Ciba-Geigy Ltd., following an earlier career in medical research. Val has consulted widely in the areas of strategic management and international business for organizations in New Zealand and the UK.

Subscriptions for 2011 are now due. Please use the form attached to the previous two newsletters. We prefer that you fill in all the details on the subscription form each year to confirm that we have your correct details

An enlightening presentation by US Ambassador David Huebner preceded the AGM at our meeting on Wednesday March 16.

Choosing as his theme, “Managing a Law Firm in China Prior to Becoming Ambassador in New Zealand”, Ambassador Huebner presented a fascinating personal story of setting up and heading the operations of US law firm Sheppard Mullin Richter & Hampton in China.

Based in Shanghai, he and his team specialized in international arbitration and mediation, and handled a wide range of matters across the Pacific Rim region.

Ambassador Huebner captured a sense of adventure in his presentation of how he started in a modest way in a small office in his new country; and eventually moved on to 25 lawyers (mostly Chinese), with administrative staff as well, in substantial premises in downtown Shanghai.

Using no notes, he captured our attention completely, greatly adding to our cross-cultural understanding, to our perception of living and working in a new country, and to our knowledge of the challenges faced in a constantly evolving legal system such as exists in China today.

The presentation was an outstanding prelude to the AGM that followed.

The AGM resulted in the election of the following Officers and Committee for 2011/2012:

Douglas Day will continue in his role as Immediate Past President (a non-elected position).

A vote of thanks for the work of the Committee Members who have resigned, for the contribution over a significant number of years in a variety of spheres of Christine Strickland, and for the strong leadership of Bernie Richmond, was warmly endorsed.

June 15, Wednesday 5.45pm: The Aroha String Quartet, “Our Story and Our Music”

Compered by Director Dr Hui Luo, an impressive Opening Ceremony for the Confucius Institute at Victoria University of Wellington was held in the Hunter Council Chamber on the evening of Thursday March 24.

A reception preceded the formalities, which included a welcome by Professor Neil Quigley, Deputy Vice Chancellor of VUW, and speeches by Hon Steven Joyce Minister of Tertiary Education, Ambassador Xu Jianguo and Professor Wu Daguan of Xiamen University (which university is linked with VUW for the CI). The evening concluded with a wonderful concert (interspersed by poetry readings from the great dynasties of Chinese history) by the “New Purple Forbidden City Orchestra”, China’s finest ensemble of traditional instrumentalists.

Immediate Past President of our Branch, Douglas Day, has been invited to join the Board of the CIVUW and this association will mean that the Branch becomes closely linked with the activities of the institute.

Coming up in April, the Institute is presenting a Chinese Film Festival and a Photography Exhibition, both entitled “Country/City/Home”. The Film Festival presents 3 documentaries and 3 Feature Films from 8-10 April at the Paramount Theatre. The Photography Exhibition runs from 6 April to 6 May at the St James Theatre Gallery. There is an Opening Reception for both events at the St James Theatre Gallery at 5pm on Friday 8th April, at which everyone is welcome.

As is common in all developing economies, China’s rapid economic expansion over the past several decades has severally affected the country’s natural environment. One area of particular concern has been in the area of wastewater treatment, particularly as it indirectly affects China’s historic water scarcity. With China’s industry, agricultural sector, and multiple large municipalities producing huge and unsustainable amounts of wastewater, resulting in the pollution of China’s rivers, lakes, and nearby land, both the central and provisional governments have laboured intensely to control and manage this problem. This has entailed the planning for, and construction of, large numbers of wastewater treatment plants throughout the country, and separately, the introduction of regulatory and economic instruments (such as water usage and wastewater tariffs) which aim to induce users to use water more sustainably, and polluters to reduce waste emission. The former, construction, has benefited from generally robust funding and a favourable investment climate (cushioned by the Chinese government’s recent financial stimuli), but the latter tariff systems have often suffered from weak enforcement at the local level. In all this, a significant market for the know-how and technology necessary to tackle wastewater treatment has been growing in China, producing fierce competition amongst both local and foreign firms, with the local firms competitive on price, while the foreign firms are respected for their technology and expertise. Coming full circle, a new industry, aiming to reverse the environmental degradation of earlier periods of economic expansion, has emerged as another vibrant sector of China’s huge market.

Open to all ages, all levels. One to one, or small groups.

The film is the biographic story of Li Shutong (Master Hongyi), a celebrity in modern Chinese culture. Born to a rich family in Tianjin in 1880, Li Shutong changed his dramatic life to become a great monk of the time, Master Hongyi. Excellent acting. More info in Chinese – http://www.szjt.org/bgs/xush/after0601/ghg.htm.

In late February, and early March of this year, China conducted what was probably one of the most successful evacuations of foreign-based nationals, when it worked with several regional countries to provide for the safe passage out of Libya of over 35,000 Chinese workers (besides several thousand nationals of other countries, as well). Relying on its diplomatic missions in Libya, as well as Egypt, Tunisia, Sudan, Greece, and Malta, and a massive coordination effort between several civilian and military bureaucracies in China, the PRC used both ship and air transport to move several thousand evacuees out of Libya per day, to safe locations in the region, and thereafter for a majority of the evacuees, back to China. This effort was lauded in Chinese media as a classic example of the PRC government’s “people-first” philosophy. That said, an arguably more insightful and pragmatic, though no less positive, take on the evacuations, was provided by an article in the People’s Liberation Army daily, which noted that “as China is increasingly integrating into the international community, it is relying heavily on overseas energy sources, as well as overseas markets, and therefore, its interests have expanded far beyond its traditional territory. China’s increasing globalization has also encouraged its citizens to work abroad. These non-resident Chinese create and maintain Chinese interests overseas and become an integral part of the country’s national security (italics added). Their security is, therefore, the country’s responsibility”. A strong confirmation of the PRC’s commitment to its ever growing overseas strategic investments, as well as to the thousand of non-resident Chinese who, with their presence in often uncertain, and even dangerous locations, make these investments possible.

Full information was provided in Newsletter No 1102 and can also be accessed from the following website: nzchinasociety.org.nz/5386/nzcfs-2011-national-conference-wellington-27-29-may-3/

A Registration Form for the Conference is attached. Note that Members are welcome to attend just the Saturday Banquet, at which there will be some entertainment. 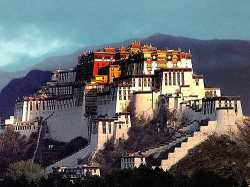 National Vice President Dave Bromwich has created a fascinating itinerary for this year’s NZCFS Projects and Tibetan Communities Tour in October, 2011 and this is now up on the website at:

The proposed dates are October 10 to October 31, but these may vary by 1-2 days as international travel options are finalised.

This tour will visit New Zealand China Friendship Society projects in the Baoji district of Shaanxi province, and then travel through Gansu, Qinghai and Yunnan provinces with a focus on Tibetan communities, as well as spending seven days in Tibet.

In Shaanxi, tour members will meet with our NZCFS project partners – the Shaanxi Women’s Federation, in Lanzhou they will dine with two of the NZCFS Kathleen Hall (He Ming Qing) scholars, and in Yunnan they will visit a New Zealand venture growing red pears.

The estimated price, depending on the exchange rate and final air fares available, is $7100, twin share, for 21 days in China. This is an all up cost, and includes all travel from a New Zealand home town airport and return. The only extra costs should be the Chinese visa and travel insurance costs.

The Projects Tours, so ably led by Dave Bromwich, have been a great success and it is likely that this one will fill up as quickly as all the others. The direct link to the latest flyer with the detailed itinerary is:

Our sister organisation in China, the Chinese People’s Association for Friendship with Foreign Countries (CPAFFC or Youxie) responded very promptly to news about the earthquake in Christchurch and made an incredibly generous donation of Y100,000 (about $NZ20,000). This was presented to the New Zealand Embassy in Beijing the day after the ’quake.

Ancestral Leaves follows one family through six hundred years of Chinese history and brings to life the epic narrative of the nation, from the fourteenth century through to the Cultural Revolution. The lives of the Ye family – “Ye” means leaf in Chinese – reveal the human side of the large-scale events that shaped modern China.

This historical novel provides a sympathetic account of the life of Empress Dowager Cixi (referred to as Empress Orchid) from her rise to power as Empress Tzu-Hsi, until her death at 72 years of age.