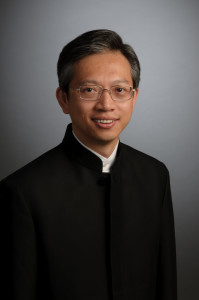 His Excellency Wang Lutong, Ambassador of the People’s Republic of China
Ambassador Wang Lutong was born in 1969 and, after graduating from University, his first appointments were with the Foreign Ministry, the State Council and at the Chinese Embassy in London. He served as Private Secretary to State Councillor Dai Bingguo.
Mr Wang, who is married with one son, took up his posting as China’s Ambassador to New Zealand in October 2013.
The topic of his presentation will be advised when it will be available.

Connolly Hall, Guildford Terrace, off Hill Street, Thorndon, Wellington (see map)
(Car park up Guildford Tce beside Hall)
An optional Chinese buffet meal, supplied by Nudels of Molesworth St, will follow the meeting at 7 pm. Orders for the $11.00 meal (please pay at the door) will be taken up till 6 pm. If you think you may be arriving late, please let the President know in advance.

MAY MEETING CHANGE OF DATE – 16 May
Please note that next month’s meeting is a joint presentation from the Confucius Institute and NZCFS Wellington Branch. This will take place at Connolly Hall as usual, but the date has been changed to Friday 16 May at 5:45pm. Some details are in the Confucius Institute News below, and further details will be in next month’s newsletter. Otherwise, the dates that Connolly Hall has been booked for monthly meetings for the rest of this year are 22 June, 20 July (both meetings at 2:30pm), 20 August, 17 September, 15 October and 19 November. 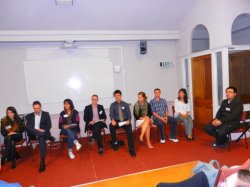 The March meeting of the Wellington Branch was the Annual General Meeting of the Wellington Branch of the New Zealand China Friendship Society Incorporated (NZCFS), held on 19 March 2014. The meeting opened with a succinct Annual General Meeting chaired by President Michael Powles. Michael’s President’s Report provided an impressive summary of the Branch’s activities. Highlights included the collaboration with Te Papa National Museum of New Zealand. The return of Mao’s cloak, on loan for display at the Museum, helped promote NZCFS to the tens of thousands who visited the display. Special acknowledgment was paid to Ambassadors Xu Jianguo and Wang Lutong, and staff of the Chinese Embassy, for their support and assistance during the year.
Election of officers for 2014/15
President: Michael Powles, Immediate Past President: Bernie Richmond (Ex officio), Vice President: Christine Strickland, Secretary: Graham Gibbs, Treasurer: Eugenie McCabe, and Committee Members: Ray Brownrigg, Bing Fon, Rosemary Jones, Annette Meates and Faye Zhang.
Congratulations to our long-standing member, Bing Fon for becoming a Life Member of the Wellington Branch of the New Zealand China Friendship Society in recognition of his outstanding contribution to the Society.
General Meeting featured a panel of young people
Following the AGM, President Michael Powles introduced the nine young people from Wellington who participated in a panel discussion. The panel members: Susie Shaw, Russell Metge, Kristen Ng, Jordan King, Jack Irvine, Connie Minett, Kirk McDowall, Faye Zhang and Zhang Teng, responded to a variety of questions that aimed to provide ideas for greater involvement in NZCFS by young people.
The forming of a Futures Group is proposed to give our younger people the opportunity to pursue some of the ideas discussed during the panel session.
The evening ended with a shared Chinese meal.

CONFUCIUS INSTITUTE NEWS (from the team at CIVUW)
May is looking to be a very busy month at the Confucius Institute at Victoria University of Wellington, with the annual ‘Chinese Bridge’ Speech Competitions coming up on 10 May (Wellington regional competition) and 17 May (NZ national competition). Students will be competing in three categories (junior secondary; senior secondary; tertiary), and the winners in the senior secondary and tertiary categories will have the opportunity to compete in the international finals in China later in the year.
A delegation from Xiamen University, led by the University’s Vice-President Prof. Zhan Xinli, will visit Victoria University to attend the Confucius Institute Board Meeting in mid-May. Prof. Qian Xiaoyan, a member of the delegation who is a renowned expert in Chinese medicine, will be giving a public lecture on Chinese acupuncture in Wellington on 16 May. The lecture is to be jointly presented by the Confucius Institute and the NZCFS (Wellington) at the NZCFS monthly meeting at Connolly Hall. The meeting starts at 5:45pm.
The VUW Confucius Institute is organising its first Principals Tour to China this year and is currently calling for applications. The delegation will visit Beijing and Xiamen from 6 to 19 October 2014. The tour is designed to allow Principals of schools currently offering, or considering offering Chinese language as part of their school curriculum an opportunity to visit schools in China, meet Chinese students and teachers, and experience Chinese culture, food and history.
The delegation will be limited to ten Principals or Deputy Principals. Preference in selection of those participating will be given to Principals from the region for which the VUW Confucius Institute has responsibility, i.e. from the Bay of Plenty south to Wellington.
For more information on the Principals tour, the Chinese speech competition and other CI programme updates, please visit our website: www.victoria.ac.nz/ci or contact our administrator Lai Ching Tan [email protected]. Mandarin Corner is held 3.15pm – 4.30pm on Saturdays during school terms at the Seminar Room, 20 Kelburn Parade, Victoria University of Wellington. The Confucius Institute has available a team of Mandarin Language Assistants and other resources which will greatly benefit Mandarin Corner. NZCFS Wellington and NZ Chinese Language Association Wellington are partners.
Members who attended Mandarin Corner in the past will continue to receive notices from CIVUW. For more information please contact Jingyuan Kong [email protected], phone 04 463 9549. 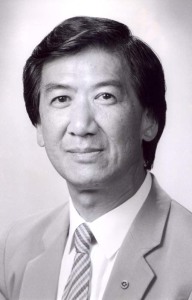 Frank Kwok, only son of long standing ex-president of the Tung Jung Association Kwok Kee Yee 郭期腰 and Joon Foon Kwok passed away on Monday 3rd February at Wellington Hospital, after a short illness. His wife, Nanette, had passed away four months before him.
Frank, born in Wellington, the only boy in a family of ten, was educated at Mt. Cook School and Wellington College. He made up his mind at an early age to have a career in medicine, which his parents did not entirely approve however. He attended Otago University, where he first graduated with a BSc degree before applying to attend medical school in 1948. In those days, medical school was for “British subjects only” and his application was turned down. It was finally accepted after much objection and in 1955, after completing his medical studies, he was appointed as a registrar-one of the first New Zealand born Chinese to work as a registrar in a New Zealand hospital.
In the late 1950’s, Frank went to London where he completed his studies to become a Fellow of the Royal College of Surgeons and it was here that he met his wife Nanette Wallis, who was completing her nursing studies.
Their courtship was a long and trying time for both of them as in those days, mixed marriages were frowned upon but love won in the end and in 1965, they were married at Wellington Cathedral in Molesworth Street.
Frank later became head of the ENT (Ear, Nose, Throat) unit at Wellington Hospital and went on to establish a private practice in Wellington.
He was a Rotarian but always wanted to work in a Chinese environment and when an opportunity arose for him to work for the Hong Kong Government as an ENT consultant, he took it, as it also gave him an opportunity to visit his ancestral village of Bak Shek near Guangzhou on several occasions.
He returned to Wellington with his wife and two sons in 1989 and re-established his practice in Roxburgh Street in Mt. Victoria until his retirement in 2003.
Frank never fully recovered from the death of his wife and he paid tribute to her at her funeral that she was more Chinese than the Chinese themselves and that his sisters treated her as an older sister.
Frank was a respected doctor, surgeon, friend and patron to Wakefield, Bowen and Wellington Hospitals, and esteemed Director for the Hong Kong ENT Department in the 1980’s.
He is survived by his two sons, Warren and Martin and their families.
His funeral was held at The Cathedral of St Paul, 45 Molesworth Street, Thorndon, Wellington on Monday 10 February, 2014 at 1 pm, followed by a private family burial at Karori Cemetery. The tributes collected at Frank’s funeral were donated to the Ronald McDonald House. (Adapted from Dominion Post and other sources) 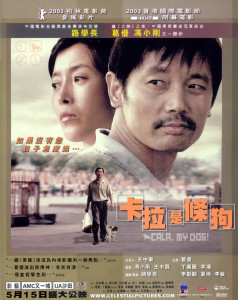 In memory of Director Lu Xuechang (1964-2014)
Date: Thursday 24 April, 2014
Venue: Committee Room One, Wellington City Council, 101 Wakefield St. Gold coin donation.
7.15pm: 卡拉是条狗 Cala, my Dog! (100 minutes, 2003)
Director: 路学长 Lu Xuechang
Cast: 葛优Ge You，丁嘉丽 Ding Jiali，李斌 Li Bin
The humdrum existence of a Beijing factory worker Lao Er and his family is disrupted when their beloved dog is confiscated by the police for being unlicensed. The worker has but 24 hours to raise the sizable sum required to pay the license fee.
With Support from the Chinese Embassy and Confucius Institute, Victoria University of Wellington.

MANDARIN TUTOR SOUGHT IN WELLINGTON
Thomas Parry [email protected] is a Wellington resident with some previous experience at learning mandarin up to a near intermediate level and is looking for a mandarin tutor operating in central Wellington. Please contact Thomas directly if you can help.

TWO EXTRAORDINARY EXHIBITIONS FROM THE NATIONAL MUSEUM OF CHINA

New Zealand China Friendship Society is proud to support two stunning exhibitions coming to Te Papa 22 March-22 June, directly from the National Museum of China. NZCFS is the official Education Partner and is facilitating free educator-led programmes for school groups to these exhibitions, with assistance from the Simon Deng Li Fund. This is a Wellington Branch project.
Throne of Emperors 七位中国天子与其生活的时代 presents a broad sweep of 2,000 years of Chinese history. Focusing on seven fascinating emperors and their dynasties, it explores China’s political, cultural, and social development – from a newly unified country under Emperor Qin Shihuang (259–210 BCE) to a highly cultured civilisation under the Qianlong Emperor (1711–99). The exhibition, which has been developed exclusively for Te Papa, showcases a broad selection of cultural treasures rarely seen outside the National Museum of China. 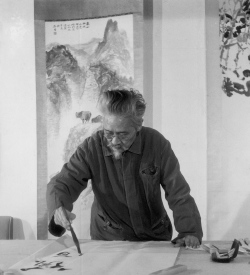 Shi Lu: A revolution in paint 革命的艺术，艺术的革命 – 石鲁艺术展 introduces Australasia to one of the masters of modern Chinese art. Shi Lu (1919–82) faced the immense challenge of balancing aesthetics with politics through a period of constantly shifting expectations, particularly during the Cultural Revolution. But he never lost his unique artistic vision. At a time when the status of traditional Chinese painting was fiercely debated, he revitalised it for a modern age.
Shi Lu paints a lotus flower, 1981. Image courtesy of Shi Lu’s Family
Admission Charges apply. One ten dollar ticket provides an adult with access to both exhibitions. Children under 15 years are FREE. 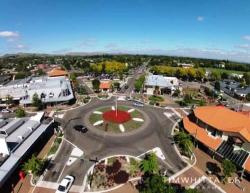 The 2014 National Conference and AGM will be hosted by Hawkes Bay Branch at the Havelock North Function Centre, with the theme “Voices for Youth”. For more information see the Registration Pack with information on registration and accommodation. In particular, note that on Friday 23rd from 2-5pm there will be a workshop for internal review/evaluation and discussion of the questionnaires that were sent out to members.
The conference registration fee is $120 and the banquet cost is $45. If you are interested in attending please contact Graham Gibbs [email protected]. Wellington Branch will make a subsidy of $60 towards the registration fee of its first 10 financial members who register.

Watch the sun rise on top of one of China’s Five sacred mountains, visit the home of Confucius and encounter Siberian tigers all on our 2014 tour. For the first time, the fully-escorted NZCFS tour visits China’s rugged North East, from where Russian, Korean and Japanese influences have all had an important impact on China today. More details, including the full itinerary, are on our website: nzchinasociety.org.nz/15126/explore-china-the-northeast-tour.
For more information please contact Ann White, email: [email protected] or phone: 03 614 8944.