Democratising mainstream media – the responsibility of writers and journalists 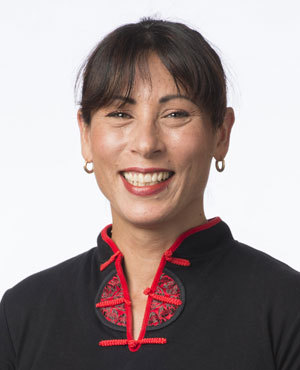 In the words of my colleague Jack Perkins (Spectrum, Radio NZ) “democratising media” means taking the media to the people, to go into the communities and record people telling their stories. I’m a full-time Spoken Features Producer for Radio New Zealand, responsible for the weekly Asian Report programme as well as creating at least four documentaries per annum on pretty much any subject that interests me. I’m also a writer, this being the longer career focus in my life and I juggle these two vocations with single-parenthood.

My most recent play Man in a Suitcase toured to Beijing, September 2012, with a very strong reaction from the Chinese government. The play has been described as “the ultimate metaphor for resettlement” and although my play is fictionalised, it explores the real life murder of a young Chinese student alongside the experiences of a Burmese refugee; those who live out of suitcases and those who die in them. It was largely inspired by the people I met and interviewed as a journalist, and with this in mind, with the end of the special interest programme Asia Down Under on TV One (2011), Asian Report is currently the only regular non-commercial mainstream broadcasting platform available to reflect stories from our diverse Pan-Asian communities, something that needs to be urgently addressed given our Asian population is the fastest growing in the country.

Multi-talented writer and performer Lynda Chanwai Earle is a fourth-generation Chinese New Zealander. Born in London in 1965 she spent her early childhood in Papua New Guinea before completing her education in New Zealand. She studied creative writing with Albert Wendt and graduated from the University of Auckland with a Bachelor of Fine Arts in 1990 and a Diploma in Drama, 1994. Lynda also graduated with a Masters of Arts in Creative Writing at Victoria University’s International Institute of Modern Letters in 2006. 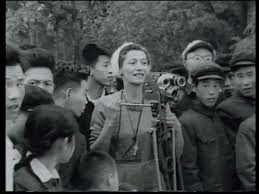 Wellington Branch members and guests were given the rare opportunity to view some scenes of life in China through the historic footage shot by film makers Rudall and Ramai Hayward a little over fifty years ago.

The 1957 documentary Inside Red China was provided on restricted loan by the New Zealand Film Archive. The film depicted the development of industry, infrastructure and social life in four major cities; Canton, Shanghai, Peking and Wuhan. It was filmed in the eighth year following the formation of the People’s Republic of China in 1949.

The film opens with Napoleon Bonaparte’s quote about China being a ‘sleeping giant’-“Let her sleep, for when she wakes, she will shake the world.”

Canton scenes focus on the life of the River People, followed by views of old Peking. The rise of the iron and steel industry and city apartment living is featured in the segment shot in Wuhan. The film concludes with the building of a mammoth bridge across the Yangtze River near Shanghai. Four hour’s ‘voluntary labour’ given by a wide range of citizens in the construction of the bridge is featured in the script.

Of particular topical interest was the scene of Ramai presenting to Chairman Mao in Tiananmen Square the Kahu Huruhuru (Māori feather cloak) a gift of goodwill to the leaders of China from the Māori King of Aotearoa. “We are the smallest nation in the world, giving this gift to the largest nation in the world” said Ramai, to which Mao replied: “The smallest is as great as the largest.”

The return of the cloak to New Zealand on loan from the National Museum of China in Beijing has been reported in previous editions of this newsletter. It is timely to remind readers that the cloak remains on display at Te Papa until 20 October this year.

Following the screening of the film, Branch President Michael Powles led a thought provoking discussion on the changing aspects of life in China today. Many of the forty two people present offered views and observations based on their personal experience during visits to China in recent years. 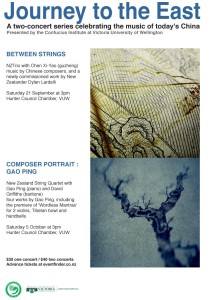 Spring is the cultural season at the Confucius Institute at VUW. After a successful run of literary events in late August under the banner – ‘Chinese Literature Re-imagined: A literary festival of texts, images and ideas’, the CI will celebrate the Chinese ‘Mid-autumn’ Moon Festival in September with a series of musical events. On Tuesday 10 September at the PINES, there will be a reprisal of the popular ‘China Dreams’ – a dinner and variety concert celebration with the CPA String Orchestra playing a selection of Chinese tunes and J S Back’s Violin Concerto in E Major with guest violinist Yid-Ee Goh. The evening will also feature performances by four traditional Chinese instrumentalists on the guqin, guzheng, erhu and pipa, as well as old-time Shanghai jazz by OrientXpress.

For listeners of classical music with an ear for something different, there is ‘Journey to the East’, a two-concert series celebrating the music of today’s China, especially curated for the VUW Confucius Institute by Jack Body. ‘Between Strings’ (Saturday 21 September 3pm, Hunter Council Chamber VUW) brings together NZ’s premier chamber music ensemble, the NZTrio, with outstanding guest artist Chen Xi-Yao, a third generation exponent of the 21-string guzheng. ‘Composer Portrait: Gao Ping’ (Saturday 5 October 3pm, Hunter Council Chamber VUW) showcases the work of the acclaimed young Chinese composer, played by the formidable New Zealand String Quartet with David Griffiths (baritone) and the composer himself on the piano. For more information, visit http://www.victoria.ac.nz/ci.

At the committee meeting on 5 September Eugenie McCabe was co-opted to take over the role of Treasurer. Thank you Eugenie for responding to our call for help.

NZCFS Wellington branch is once again combining with other Wellington Chinese organisations in arranging the China National Day dinner. This will be held on Sunday, 22 September at 6.30 pm at the Grand Century Restaurant, 84 Tory St. Cost is $30 per person including wine and juice. Payment is by cash on the night.

Seats are limited and will be allocated on a first-come first-served basis. If you are interested in attending please email [email protected] by Tuesday, 10 September. 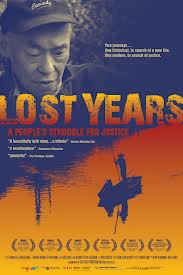 LOST YEARS is an epic documentary touching upon 150 years of the Chinese diaspora in Canada, USA, New Zealand and Australia, covering 4 generations of racism as revealed through the journey and family story of Kenda Gee. Kenda, a Chinese Canadian travels with his father to China to retrace the steps of his great grandfather a century ago and grandfather who sailed to Canada in 1921,” both of whom paid the Head Tax. Canada like New Zealand at the time, was not a land of dreams for the likes of these men rather a place of extreme hardships and racism.

The film begins with the return to the home county in Guangdong and traces the story of the Chinese community in Canada from the building of the Canadian Pacific Railway to the present day contributions to Canada by the descendants. The producer also travels to the United States, New Zealand and Australia to talk to members of these communities.

The film has won many awards and continues to gather international recognition and acclaim. The story is beautifully told with award winning photography and musical score.

Proudly brought to you by the Museum of New Zealand Te Papa Tongarewa, the Chinese Poll Tax Heritage Trust, and the Wellington Chinese Association. http://www.lostyears.ca/

The Asia New Zealand Foundation is holding a free public interactive forum in Hamilton on September 19th called “Is English enough in the Asian Century?” More information, including how to register, can be found online at asianz.org.nz/newsroom/media-releases/2013/language-forum 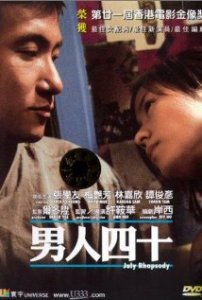 Yiu-Kwok is a high school teacher, having a perfect family. Good times don’t last long when a student, Choy-Nam, falls in love with him. A midlife crisis mixing with pressure sends him into an emotional tailspin. Everything seems to lead him towards Choy-Nam, the forbidden fruit. History seems to repeat itself.

The October meeting is on Wednesday 16 October then the last meeting for 2013 will be on Wednesday 20 November.

Congratulations to Wellington Branch members Susannah Shaw and Russell Metge who are the successful applicants for the two NZCFS places on the forthcoming tour. This is a Simon Deng Fund project. They will be joining eight other young New Zealanders to tour Shanghai-Lanzhou-Yan’an-Beijing in November. The 10-day tour is organised by the Overseas Chinese Affairs Office of the State Council, the All-China Youth Federation in China, New Zealand China Friendship Society and NZ Chinese Youth Federation in NZ.

Another exciting new tour in the highly recommended “Projects” series, led by Dave Bromwich, is being offered this October. It combines a visit to a NZCFS project, where you will meet our project partners and visit rural communities, with a comprehensive itinerary traversing diverse natural, cultural and historical sites. Suitable for reasonably fit people looking for a total China travel experience not normally available, this tour traverses from Yanan, Shaanxi Province, in the North, to Guilin, Guangxi Zhuang Autonomous Region, in the South.

The itinerary is now up on our Society’s website and it looks superb.

Mandarin Corner is held 3.15pm – 4.30pm on Saturdays during school terms at the Seminar Room, 20 Kelburn Parade, Victoria University of Wellington. The Confucius Institute has available a team of Mandarin Language Assistants and other resources which will greatly benefit Mandarin Corner. NZCFS Wellington and NZ Chinese Language Association Wellington are partners.

Members who attended Mandarin Corner in the past will continue to receive notices from CIVUW. For more information please contact Jingyuan Kong [email protected], phone 04 463 9549.

Victoria University of Wellington’s Continuing Education is pleased to offer the lecture series Speaking out in China: From Confucius to the Internet – a 4 week course starts Tuesday 22 October 6:00pm-8:00pm http://cce.victoria.ac.nz/courses/137-speaking-out-in-china-from-confucius-to-the-internet 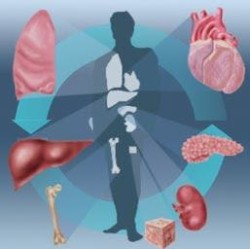 According to The Guardian (August 2013) a senior Chinese official has announced that China is to start phasing out its practice of using the organs of executed prisoners for transplant operations. The same time, there will be encouragement to access organs for transplant purposes from ethical sources.

China, the Guardian report goes on, is the only country that still systematically uses organs extracted from executed prisoners in transplants. Many people in China believe that it is a way for the prisoners to redeem themselves but the practice has drawn criticism from a wide range of mostly Western sources. There has been criticism too from Chinese officials who were concerned about the negative impact the practice has had on China’s image. The Chinese Medical Association has declared their opposition to the practice. A fledgling national programme to enforce the use of organs from voluntary donation only is to be launched in November 2013, according to Huang Jiefu, head of the Health Ministry’s organ transplant office.

Another source indicates that a pilot programme has been running in a number of regions since 2010.

The demand for voluntary organ donation is likely to grow in the future as more people live into old age and diseases like diabetes become more prevalent. The challenge will be to persuade people to donate their organs on a voluntary basis. China is not alone in this difficulty. Western countries face the same dilemma. For example, the numbers of New Zealand people who plan to donate their organs to help others is low compared with other countries.