Shanghai’s future plans and recent achievements regarding the environment can be followed through official documents provided by the local government at the annual Lianghui (Two Sessions) political meetings.

Valuable information can also be gathered from Shanghai’s 2035 Master Plan, which sets out goals the city hopes to achieve in the next 15 years in order to become “an innovative, humanistic and eco-friendly metropolis with global influence” by the year 2035.

2035 Master Plan: eco-friendly
Some of the key plans for Shanghai in terms of improving the environment under the 2035 plan include turning Chongming Island, located to the north-east of Shanghai, into an international “ecological island,” increasing forest coverage to 23 percent, and boasting 13 square meters of public park space per capita. A green, low-carbon model will be fostered to reduce carbon emissions, and more endeavors will be made to protect the city’s oceans, air, water and soil.

One of the big ones: by 2035, the city’s government hopes to limit the annual average density of PM2.5 (hazardous fine particle air pollution) to about 25 micrograms per cubic meter, which is lower than China’s current requirement of 35.

Two Sessions
At this year’s Two Sessions, which took place in January, a number of policies and plans relating to the environment were stipulated. Then-Mayor Ying Yong said that the city will forge ahead with its rubbish sorting system, noting that the city will work to step up efforts in addressing uses of low-valuable recyclable waste. “Waste sorting is now far more important than building a few more buildings,” Ying said.

Rubbish sorting
Shanghai enacted mandatory rubbish sorting and recycling across the entire city on July 1 last year to deal with the 26,000 tons of domestic waste collected in the city daily during 2018. Of the four categories of trash, recycling includes cardboard, paper, plastics and so on. Those who fail to sort trash properly can be fined.

Goals reached and made
Vertical greenery totaling 404,000 square meters was added in 2018, and that number was set to continue annually. Shanghai invested 3% of total GDP in environmental protection in 2018, and that number looks set to remain steady. The city also planted 50 square kilometers of new forest in 2019, and made way for 1,200 hectares of new greenery. Around 200 kilometers of greenway was planned to be constructed in 2019.

The Yangtze River Delta
The new Yangtze River Delta Ecology and Greenery Integration Demonstration Zone shows that ecological protection under Shanghai’s watch isn’t just taking part in the city, and extends to the surrounding areas. Nearly 70 percent of land in the area is used for ecological goals and the green coverage ratio exceeds 40 percent. It has more than 400 lakes and ponds and water surfaces cover 18.6 percent of the total area.

Green industries like energy saving, environmental protection, ecological agriculture and green finance will be promoted in the area.

National plans
At this year’s national Two Sessions in Beijing, under the shadow of COVID-19, the 2016-20 plan was mentioned and it was noted that China will not have a set specific target for economic growth this year, although it was pledged that environmental aspects of the plan wouldn’t be put on the backburner because of the pandemic.

Ten of the plan’s 25 targets relate to the environment, and all are part of the 13 binding targets set for this year.

The Minister of Ecology and Environment, Huang Runqiu, promised that China would not relax its environmental protections in the next five year plan.

“In the 14th five-year plan period, we will continue to improve ecological and environmental quality by reducing pollutant emissions and vigorously promote ecological protection and restoration,” Huang said.

Shanghai and China seem dedicated to improving and protecting the environment, with firm assurances that their set goals won’t be affected by the current global pandemic. 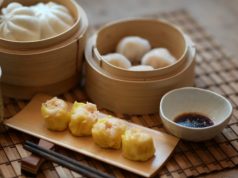 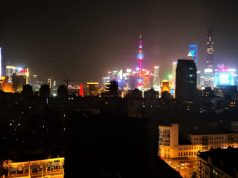 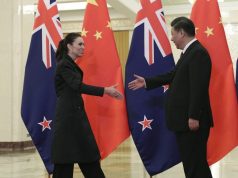