We are pleased to announce that Hibiscus Coast branch has donated $NZ 2002 to the Kathleen Hall/He Ming Qing Memorial Fund. This will make a significant contribution to fund a scholarship for another nurse to undertake tertiary nursing studies..

The branch wished to donate to a good cause the balance of the money, which their branch had accumulated over the years since it began in March 2007.

This was decided by the committee at their last meeting to effectively wind-up the branch.

This sad step arose due to various circumstances: the president and secretary of the branch, Duncan and Teri France, were about to move away from the Hibiscus Coast area and also the treasurer, Dicky Hutchings, advised the committee that, for personal reasons, he could not carry on. Regrettably, nobody came forward to reconstitute the committee.

Having said that, it is worth remembering some of the highlights of the branch’s activities since it was founded back in March, 2007.

His Excellency Ambassador of the PRC, Zhang Yuanyuan, ‘cut the tape ‘ at the branch’s inauguration and was entertained by a lion dance.  See the branch’s first newsletter.

We had a number of memorable events, including some excellent talks on varied subjects such as Acupuncture and Traditional Chinese Medicine (Dr Joan Campbell); Difficulties of tracing the genealogies of Chinese immigrants (Helen Wong); ‘The recently signed NZ: China Free-trade Agreement’ (Shane Jones), and the experiences of the Chinese author Wei Jun during the Cultural Revolution, “Sichuan Earthquake Reconnaissance, 2008” by Meng Foon, mayor of Gisborne, among many others.

We mustn’t forget that in 2009, Hibiscus Coast branch ‘delivered’ the Society’s National Conference and AGM in Orewa – quite an achievement for such a small branch, and Lady Rhyl Jansen and Allen Crosby, the branch president and secretary at the time, are to be congratulated.  For Rhyl Jansen’s report, click here.

We also enjoyed many Chinese meals and yum chas, as well as a demonstration on how to make and cook Chinese dumplings by Ian Howat, then Hamilton branch president.  Another highlight was the dinner and fund-raising auction jointly organised with Auckland branch, following the Christchurch earthquake in 2010.  $NZ 5391 were raised, which were divided as follows: $2941 for the Red Cross appeal and $2450 for the Chinese victims of the earthquake.

We would like to thank the PRC Consulate in Auckland for all their support, much of which was financial. As a result of this, the committee believed that the remaining funds should be redirected to a good cause in China. It was finally decided that this would be the Society’s Kathleen Hall/He Ming Qing fund that has helped to train needy Chinese young women to become nurses and provide support for their communities in the rural West of China.

Finally, we take this opportunity to sincerely thank all who contributed to making the activities of the branch over the seven years of its existence so interesting and agreeable.

Note that the presidents of the branch have been as follows:

Marie Greetham, March 2007 to  August, 2007, when sadly she passed away.  See Newsletter, September, 2007, which includes several obituaries for her.

At the National Executive meeting of November, 2015, it was accepted with sadness, that the branch had in effect been wound up and the branch’s final wish was accepted – that the totality of its funds should be donated to the Society’s He Ming Qing/Kathleen Hall Scholarship Fund. The acceptance of the donation was correctly minuted at the National Executive meeting of February 13, 2016.

Lastly, it was minuted that, should the branch be resurrected at some future date, the new branch would be funded from the national Society funds, to the level of September, 2015. 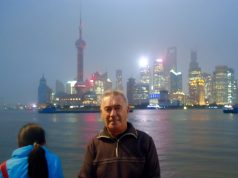 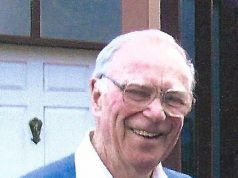 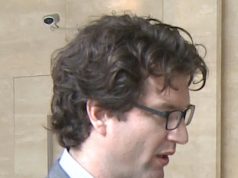