Prof Bo Zhiyue Will speak on

The NZ Contemporary China Research Centre:
Its objectives, its roles and what it does

Professor Bo Zhiyue, a leading authority on Chinese elite politics in the world, is Director of the New Zealand Contemporary China Research Centre and Professor of Political Science at Victoria University of Wellington. He has published more than 130 book chapters and articles and is the author of a trilogy on China’s elite politics, including Chinese Provincial Leaders: Economic Performance and Political Mobility since 1949 (2002), China’s Elite Politics: Political Transition and Power Balancing (2007), and China’s Elite Politics: Governance and Democratization (2010).

Professor Bo Zhiyue is also a renowned consultant for government agencies and business organizations. He has briefed government leaders and senior diplomats in Singapore, Thailand, Russia, the Netherlands, France, South Korea, Taiwan, China, and the European Commission as well as business leaders in the United States, Hong Kong, Singapore and Europe.

The dates Connolly Hall has been booked for monthly meetings this year are October 21 and November 18.

The NZCFS would like to warmly welcome Deborah Robertson and Tianyu Xu.  We look forward to your attendance at our events and meetings.

Please remember that 2015 membership subscriptions renewals are now overdue.  Please renew if you have not already done so – download form here.

On Wednesday 16 September, the New Zealand China Friendship Society Wellington Branch welcomed Stevan Eldred-Grigg, an award-winning writer of novels, short stories and history, to give a presentation at our monthly meeting. His novel Oracles and Miracles was the first major work of fiction by a living New Zealand writer to be published in China. Shanghai Boy, a novel published in 2006, explores a love affair between a New Zealander and a Chinese young man in Shanghai. His most recent history book is White Ghosts, Yellow Peril, dealing with the relationship between China and New Zealand from 1790 to 1950.

Stevan began his presentation by recounting when the links between New Zealand and China were first created. It was during the Qing Dynasty that these countries first began to interact with one another, and it was through the booming seal fur industry. It was when Guangzhou was one of the fourth largest cities in the world in the eighteen century (and a third of the world’s GDP came from China), that China became New Zealand’s first export industry. Guangzhou was the main destination for the seal fur from New Zealand, and people in China first learnt about our country through this interaction.

From the 1850s to 1870s was the second major interaction between New Zealand and China – the gold rush. People from China were the second largest group to come to New Zealand during the gold rush, with the majority coming from the Guangdong province. Most were young men from farming or small business families, who could afford to send them abroad to earn a living. New Zealand also imported large amounts of Chinese tea, silk and porcelain, which became popular throughout the country. The gold rush also led to the flow of investment and capital into both countries, with South British Insurance investing in China. 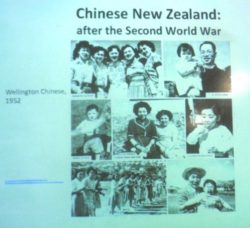 The gold rush was a key trigger for immigration to New Zealand from China, with new migrants working in the mines. By the late nineteenth century, a growing number of the middle class were Chinese, becoming shopkeepers, and eventually becoming business owners and investors. Women also began arriving from China, and more traditional Chinese families were apparent throughout the country. Despite the decline in the gold rush, there was continued migration from China, mainly through family relations or word of mouth. By the 1940s, Chinese were helping to shape the New Zealand society, with Chinese greengrocers and dry-cleaning becoming common sights in towns around the country.

Despite the early stereotypes of the new migrants being labelled ‘Chinese’, those from China came from great cultural diversity, and had different linguistic, religious and political backgrounds. These differences were evident in the Chinese communities living in New Zealand, with divides between different county, language, religious or political Chinese community groups, with conflict escalating at times.

The controversial race laws introduced in New Zealand in 1881 also created tension and debate on immigration and the relationship with China. Generally it was the upper class business owners who opposed the laws, as potentially cheap labour look promising, while the labour market were in favour as it would stop Chinese workers undercutting their wages. It was through the passing of this law that introduced a ten pound immigration tax, and the conflict behind it, that racism became more apparent. Racist cartoons were becoming more common in working class newspapers, and race related attacks were becoming more apparent.

The tax was enforced until 1935, when the then Labour Government removed the legislation. However, even during this time there was greater engagement with the Chinese community, with a rise in inter-cultural cooperation and marriages, including Māori Chinese. The links between New Zealand and China continued as more missionaries, writers and intellectuals travelled to China, and Chinese New Zealanders became more prosperous and integrated into society. If you would like to learn more about Stevan Eldred-Grigg and the relationship between New Zealand and China from 1790 to 1950, please visit: www.eldred-grigg.com.

Mandarin Corner (Wellington), established in 1995 by NZCFS, is a weekly event where students learning Chinese meet with native speakers of Chinese for conversation and cultural activities in a friendly, relaxed setting. Mandarin Corner is currently run by a core team of Mandarin Language Assistants. Mandarin corner does not run during school holidays.
For more information contact Zhang at [email protected]. 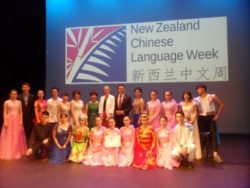 We are absolutely delighted with the profile the first ever New Zealand Chinese Language Week has achieved. New Zealanders have really taken up the challenge of giving Chinese a go and communities have expressed their desire for more Chinese language opportunities. 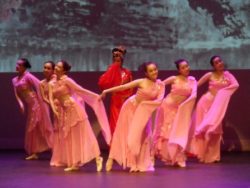 The week was celebrated around the country. Event highlights included Chinese Immersion Days at schools. Universities and libraries around the country offered everything from Chinese film nights to Tai Chi and Mandarin story-times for children. Nelson City held a dedicated China Week, Hamilton had a talent show, Taiwanese acrobats and culture classes. In Wellington there were free Mandarin tours at Te Papa and the Chinese Garden in Dunedin had Chinese film screenings and storytelling throughout the week. Thank you to our partners, sponsors, government and media for helping to generate such a positive response.

The week has really helped increase awareness of ways New Zealanders might learn Chinese language and the importance of preparing our future generations for an era that is increasingly influenced by Chinese and Asian economies. A great foundation has been set for the future. New Zealand Chinese Language Week can only grow from here to become a very popular and celebrated annual event. 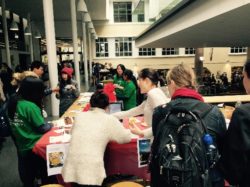 The NZCFS Wellington Branch and AIESEC, the world’s largest student run organisation that sends university students on internships and exchanges around the world, are currently calling for applicants who wish to go on a 6+ week AIESEC exchange to China. The NZCFS can supply funding to support the exchange through the Simon Deng Li Fund. The NZCFS and AIESEC Victoria University recently hosted an event to promote this exchange. 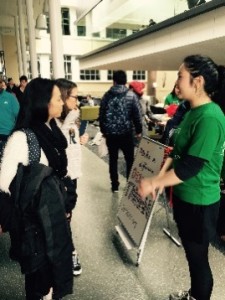 On Thursday 17 September, a number of information stalls were set up at Victoria University, aimed at introducing students to AIESEC and informing them of an exchange to China through funding from the NZCFS. A number of students were interested in going on an exchange to Mainland China or Taiwan, and overall twenty students signed up for an AIESEC exchange. So far we have nine students who have applied for funding from the Simon Deng Li Fund. We are currently working through these applications.

(Please note that you need to press the buzz to the left of the Wakefield Street entrance, asking the security to let you in if no one is at the entrance. Txt 0210306853 if you cannot get in.) 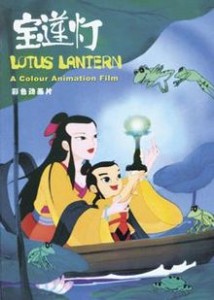 This is a modern Colour Animation Film adapted from an ancient Chinese legend. The heavenly goddess Sanshengmu descended to earth with Lotus Lantern, married the scholar Liu Yanchang. Since their marriage was forbidden, Sanshengmu’s brother Erlang Shen, who was also a god, punishes them by killing Liu Yanchang. Sanshengmu escapes and gives birth to a boy Chenxiang. Chenxiang grows up without knowledge of his ancestry. Sanshengmu’s magical Lotus Lantern whose light can scare away evil. When Erlang Shen, a strict and powerful god, kidnaps Chenxiang, Sanshengmu fights to save him.

8-9 October 2015, Hunter Council Chamber, Kelburn Campus, VUW
An international conference with world-class scholars from China, the United States, New Zealand, Australia, and other countries to discuss issues related to the bilateral relationship. The conference will take place immediately after Chinese President Xi Jinping’s first state visit to the United States in September 2015. It will also offer an opportunity to examine the bilateral relationship from third parties such as countries in the Asia-Pacific Region and the Oceania. For more information and registration please see http://www.victoria.ac.nz/chinaresearchcentre/programmes-and-projects/wellington-conference/2015-china-us-relations-in-global-perspective

In July 2015 members of the NZCFS Mongolia/China Tour visited Anguo Hospital, Hebei Province.  This is now a large flourishing general hospital in the centre of town, with a strong TCM (Traditional Chinese Medicine) tradition – one of the most important TCM hospitals in China, Anguo being a centre for the TCM market.  The hospital is a far cry from its humble beginnings.

The association of this hospital with Kathleen Hall is that she was largely instrumental in its founding and early organisation. The hospital – then known as St. Barnabas – was built in 1927 with diocesan funds from the North China Diocese of the SPG (Society for the Propagation of the Gospel). Kathleen was asked by the diocesan bishop to organise and administer it, and she became the first Matron. From Rae McGregor’s book recounting Kathleen’s life, “the hospital… was built on a hill overlooking the countryside and was constructed in a traditional style with tiled roof and brick walls. There was a men’s ward, a woman’s ward and an outpatient’s clinic. It was opened and dedicated in 1927 with great ceremony…It was called St. Barnabas after Barnabas who accompanied Paul on his first missionary journey.”

She worked with another New Zealand nurse, Gladys Blundell. The superintendent and all the other staff were Chinese.  While working at Anguo Hospital, she regularly visited the rural areas and she saw the need for smaller clinics in the villages; in 1935 she set up a clinic in Songjiazhuang and worked there until forced to leave six years later due to illness.

To further increase the scope of the He Ming Qing (Kathleen Hall) Memorial Fund, a new project was initiated last year with Anguo Hospital (this is in addition to the 4-year Nursing Scholarships which are continuing). A grant of 8000Yuan (approximately NZ$1800) was given for a ‘Community Nursing Outreach’ project, based at Anguo Hospital. This is being supervised by Ma Baoru, our ex-officio member of NZCFS from Baoding, and managed by Mr Lu. For more information on this project, please visit: https://nzchinasociety.org.nz/21966/anguo-hospital-project-news/